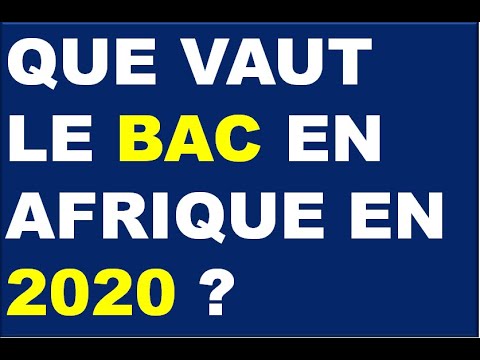 Western and Central francophone countries continue to deliver Baccalaureate diploma to the youth at the end of grammar school (Lycée). Baccalaureate was introduced in these countries in 1963 by France.

Therefore, the curricula were based on the French program and African teachers were trained in France. Since 1995, France has made a large reform of grammar school curricula and the Baccalaureate degree. The reform was fundamental as the global word moves trough Industrial revolution to automation and robotic then to Internet revolution. 25 years later African francophone countries continue with the same structure of Baccalaureate 1963. 2020 and the development of Artificial Intelligence, France has started a new reform based on new curricula that will introduce in 2021, a new Baccalaureate structure. Are we going to keep the structure and the curricula of 1963 in francophone countries in Africa?

OPEM has developed a model of education system designed for Africa. The OPEM concept is to put African pupils in the same education environment as pupils in developed countries. This modern school, based at Togo (Lomé) can be scaled in different countries of the Continent. Teacher training, create lab materials, teaching of coding and technical drawing since JSS1, and project pedagogy are the main point of OPEM pilot school